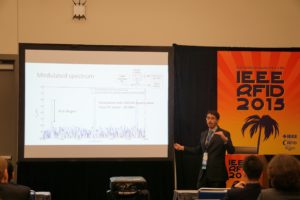 Thanks to the Fulbright Program, I moved from the city of Irsina (near Matera), to Atlanta (Georgia) to strengthen my research and professional skills focusing on microwave engineering. My research interests about Radio Frequency Communications spurred during the Antenna Design class taught by Prof. Marrocco at the University of Roma Tor Vergata and lead me to Prof. Durgin’s lab in the United States.

My life in the U.S. began on August 6th 2012. I moved to Atlanta as a Fulbright Scholar to start my Ph.D. in Electrical and Computer Engineering at the Georgia Institute of Technology. Located in the heart of Midtown, a beautiful booming Atlanta neighborhood, Georgia Tech campus mixes world-class education with research, start-ups and engineering companies. My stay spanned through an entire political term: I witnessed the election of President Obama for his second office, whereas few weeks before my departure, President Trump became the 45th President of the United Stated. 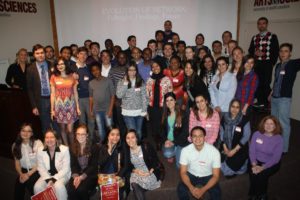 I felt soon welcome in the U.S. by my American colleagues; all of them were willing to know about my culture while I was learning about theirs. I participated to many Fulbright events that allowed me to build strong relationships with fellow scholars while exploring more about the southern culture. Among them, remarkable was the trip to Plains (GA) where I met President Jimmy Carter in person. While pursuing my doctorate, I was the instructor of record for the Circuits and Electronics class during spring and summer 2016 and member of the organizing committee for both IEEE GLOBECOM (2013) and the IEEE International conference on RFID (2017).

My involvements went beyond the academic settings; for two years I taught Math, Physics and Engineering once a week at the Meadowcreek High School in Gwinnett County (GA) where I interacted with both teachers and students of different ethnicities and backgrounds; I joined a volley club in Atlanta and participated to some volunteering activities in the city (I helped cleaning up a public park in the West Midtown neighborhood during Martin Luther King Day!). During my research activity at Intel Labs in the Silicon Valley, I took part to a reading club in San Francisco focusing on LGBT writers. All these initiatives exposed me to a broad spectrum of social environments that gave me a better glimpse of the complex and diverse American society. Moving from Atlanta to San Francisco for my temporary stay over there, I drove across the country and visited national monuments and parks along the way that further expanded my view and understanding about the United States, their natural wanders, history, diverse culture and social challenges.

In four years I developed a strong network of friends and colleagues that appreciated both my friendship and my professional integrity. I completed my Ph.D in January 2017; it was hard to say goodbye to this life, but since then, I kept in touch with many of my former colleagues and friends. The Fulbright program broadened my understanding of the American society, it nurtured my passion for Academia and it was a great gateway to the dynamic American research community. My personal and professional growth could have not been the same without it.