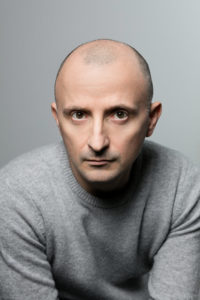 As the Alumni Event 2019 approaches, we would like to share with our audience some Fulbrighters’ success stories such as Salvatore Scibona’s one. He is a renowned American novelist, who was awarded a Fulbright grant in 1999-2000.

Salvatore Scibona‘s first novel, The End, was a finalist for the National Book Award and winner of the Young Lions Fiction Award. His work has won a Guggenheim Fellowship, a Pushcart Prize, an O. Henry Award, and a Whiting Award; and the New Yorker named him one of its “20 Under 40” fiction writers. He is the Sue Ann and John Weinberg Director of the Cullman Center for Scholars and Writers at the New York Public Library.

#1 At what point in your academic and professional career did you decide to apply to a Fulbright grant?

I was finishing graduate school at the University of Iowa Writers’ Workshop and had been working on a novel for more than four years.

#2 Why Italy and why the Fulbright Program?

The novel was set in a community of Italian immigrants in Ohio from the 1920s to the 1950s, but I had never been to Italy.  When I applied, I had never even left North America, and I spoke very little Italian. The book finally took more than ten years to write. It came out in English as The End in 2008 and in various languages, including Italian, over the next few years.

The experience as a Fulbrighter was utterly transformative for the book and for my imagination.

#3 What do you currently do? Did your Fulbright grant contribute to it?

All these things have shaped my life and work to the present.

#4 What would you say to young students and scholars who are considering applying to a Fulbright award?

Think hard not only about whether you’re willing to spend a whole year away from your home country, but also how you will use your time in a daily way. This will sound mundane, but you really do have to exercise. And even if you are not a natural extrovert, you might have to pretend to be one for a while–the relationships you cultivate during the fellowship year are, I think, the most lasting impact of the fellowship.