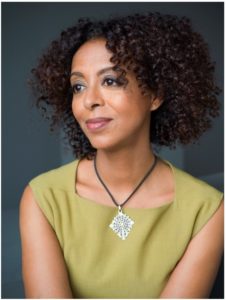 Maaza Mengiste, U.S. Alumna 2010-11, has a success story that was strongly impacted by her trip to Italy.  Maaza is an author of two books, one being the The Shadow King.

Maaza traveled to Italy to do research for her second book, The Shadow King, which is about Mussolini’s invasion of Ethiopia.  Maaza’s first novel, Beneath the Lion’s Gaze, was said to be one of the best books of 2010 by multiple publications a couple being the Boston Globe and Christian Science Monitor.

#1 At what point in your academic and professional career did you decide to apply to a Fulbright grant?

I applied for a Fulbright grant soon after my first book was published. I knew that I needed to conduct extensive research for my second book and the Fulbright grant would be pivotal in giving me the time and resources to do that in Italy. I was at the very beginning of the project and that felt like the perfect time to apply.

#2 Why Italy and why the Fulbright program ? 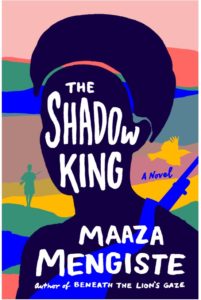 I had heard great things about the Fulbright program. I knew it opened doors for research and provided life-changing opportunities. I wanted to be in Italy because my novel is set during Benito Mussolini’s invasion of Ethiopia in 1935. I wanted to research in Rome, in the archives, but also travel across the country talking to descendants of those who were involved in that war. Being in Italy was instrumental to this book, and the Fulbright program helped me get there.

#3 What do you currently do ad did your Fulbright grant contribute to it?

I have just completed The Shadow King, which was my Fulbright project. I would not have been able to do this book without the Fulbright, I am sure of it. I met scholars, went into archives, talked to people and learned so much that reshaped the story and the book.

#4 What would you say to young students and scholars who are considering applying to a Fulbright award?

I encourage them to apply! Know your project well enough to know how the Fulbright will help. Be specific about what you’d like to research but be open enough for research to take you down surprising paths.